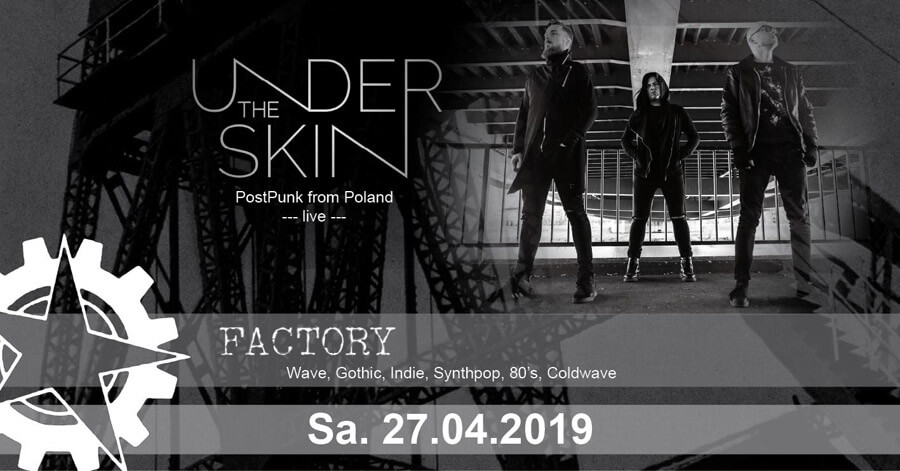 Within the FACTORY club night series, the Polish cold wave trio UNDERTHESKIN played at Berlin’s Slaughterhouse on 27th April 2019. In front of an only moderately filled room (too many things at the same time going on in Berlin maybe?) they nevertheless gave it all and, apart from tracks off their new album “Negative”, also played some older songs. THe audience obviously liked the gig, and the band had fun playing. Very positive was the good sound, unfortunately not a common thing even in much bigger venues.

Colclusion: Great gig by a very likable band – a couple more people would have been nice, but you can’t have it all every time.