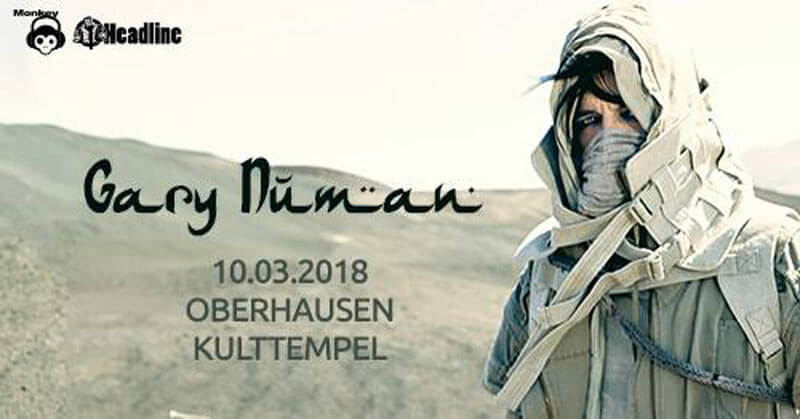 On 10th March 2018 GARY NUMAN visited Germany again for a single gig on the second part of his “Savage” tour and played at the KULTTEMPEL in Oberhausen.

Opening band for this leg of the tour were NIGHTMARE AIR from Los Angeles. The trio offers a mix of Shoegaze and Indie Rock, and has probably gained a couple more fans this night with their great performance. They have just released their second album “Fade Out”.

Then GARY NUMAN entered the stage. Just as in Berlin in October a fantastic show followed, with songs from the current album “Savage” and a selection of older hits, including one of my personal favourites, “Me! I Disconnect from You” as first encore.

Conclusion: Gary Numan is always worth going, and you don’t notice at all that he just turned 60 two days before this gig.